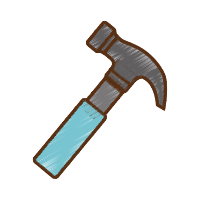 Have you ever looked at a broken appliance and thought to yourself "I bet that can be fixed." If so, you need to make a call to a repairs specialist. Most things can be repaired — you just have to call the right person. There are repair professionals who focus on electronics, others who focus on home components like roofs and gutters, and still others who make repairs to home appliances, exclusively. Help is a phone call away. Even though someone else is doing the work, however, we do think it's important for you to know a bit about repairs and restoration. That's why we're providing helpful articles on this blog. Fix it to the max — we know you can!

Reduce The Stress: 4 Tips For Planning The Construction Of Your New Commercial Building
11 September 2020

Water Damage In Your Home? Know How To Save Your Furniture
21 August 2020

A house fire is one of the worst disasters that can befall your home because it causes several types of damage. Your home and belongings are destroyed by fire and heat, soot and smoke permeate everything in your home, toxic gasses are released by burning plastic, and then there's water damage caused by the fire department that could also lead to mold growth.

Depending on the size of the fire, you may need a fire damage restoration company to deal with all the damages to your property. Even when your home is restored to normal, you may still have to deal with the lingering odor of smoke. Here are four steps needed to eliminate smoke odor after a house fire.

Talk to the fire damage restoration crew about what is worth saving after a fire. Of course, you'll need to throw out anything damaged by fire or heat, including things like flooring and walls. However, you may want to get rid of fabric items that have soaked up smoke or soot.

2. Force Air Through The House

Your house has to be aired out before it's even safe to be inside since smoke and toxic gases may linger in the air. The restoration company may set up a positive pressure ventilation system to force smoke out of the house. This is done by setting up a powerful fan in the doorway that pulls in fresh outside air. Then, a single window is opened so air blows through the house and out the open window taking smoke with it.

3. Clean The Surfaces Of Your Home

If you hire a fire damage restoration company, a crew can tackle the big job of cleaning all the surfaces in your home to remove smoke odors. Even rooms not affected by the fire need to be cleaned since smoke affects every room in your house. The restoration company uses cleaning products that remove the smoke odor at its source and then they clean walls, cabinets, floors, countertops, furniture, window sills, window screens, and anything else that smoke touched.

The restoration company may use odor-neutralizing fog at some point in the cleaning process. They may also set up air purifying machines. These work to remove smoke odors through neutralization rather than just cover up the bad odors. You can use vinegar in your laundry or on toys, shoes, and other personal items to get rid of faint lingering smoke odors. Baking soda is also a good odor neutralizer you may want to use on belongings like stuffed animals.

With a combination of professional treatments and DIY odor removal, you'll eliminate the smoke odor in your home so you don't have to live with it for months as a constant reminder of your disaster.